Here is a great way to enjoy house plants through the winter as well as helping to clean the air!

Aloe Vera – Not only can it be used for burns on the skin, it is also known to remove formaldahyde from the air.
Areca Palm – General air purifier, especially as it grows larger. It’s known for being one of the better performers in purifying the air.
Baby Rubber Plant – These houseplants clean the air by emitting high oxygen content, and purifies indoor air by removing chemicals, such as formaldahyde or other toxins.
Bamboo Palm – According to NASA, it removes formaldahyde and is also said to act as a natural humidifier.
Boston Fern – Said to act as a natural air humidifier, removes formaldahyde and is a general air purifier. Said to be among the best in air purifying houseplants.
Chinese Evergreen – Emits high oxygen content, and purifies indoor air by removing chemicals, such as formaldahyde, benzene or other toxins.
Mass Cane – Known for removing formaldahyde and known generally as one of the houseplants that clean the air.
Pygmy Date Palm – Said to remove formaldehyde and xylene (a chemical found in plastics and solvents) from the air.
Ficus alii – Said to be a great overall air purifier.
Gerbera Daisy – NASA says this plant is fantastic at removing benzene, a known cancer-causing chemical. It also absorbs carbon dioxide and gives off oxygen overnight, which is said to improve your sleep!
http://gardenreboot.blogspot.ca/
charlene
Recent Posts
Recent Posts
Contact
Privacy Policy | Sitemap    Website designed by Intrigue Media. Additional accessible formats for this information are available upon request.
Contact Us for more information.
Copyright © Gia Luchetta. All Rights Reserved. 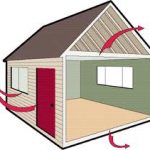