August 2020 Another Record-Setting Month for Many Canadian Housing Markets

Home sales recorded over Canadian MLS® Systems increased a further 6.2% in August 2020, raising them to another new all-time monthly record. (Chart A)

Unlike the previous two months in which activity was up right across the country, sales in August were up in about 60% of local markets. Gains were led by the Greater Toronto Area (GTA) and British Columbia’s Lower Mainland. With ongoing supply shortages in so many parts of Canada, it is interesting to note that the GTA and Lower Mainland also saw a considerable amount of new supply become available in August.

Actual (not seasonally adjusted) sales activity posted a 33.5% y-o-y gain in August. It was a new record for the month of August, and the sixth-highest monthly sales figure of any month on record. Transactions were up compared to last August in almost all Canadian housing markets. 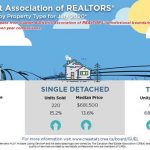 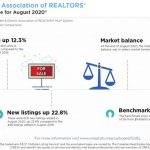