The Baby Boom generation that helped drive up home sales in recent decades will be part of its gearing down as seniors retire and settle down for longer in one place.

Canada’s aging population will have “important implications” for future housing demand in the coming decades, according to a new report from Scotiabank. That includes a slowdown in overall housing sales, balanced somewhat by a steady number of condos purchased as Baby Boomers downsize and more people wind up living alone.

“Contrary to some dire predictions, population aging will not fuel a demographically induced selloff in Canadian real estate,” says Scotiabank senior economist and real estate specialist Adrienne Warren. “However, an aging population does point to a lower level of housing turnover, sales and listings.”

The report supports what many of us see in our own neighbourhoods: The older people get, the more attached they are to their homes. According to the report, in a given five-year period, only about 20 per cent of Canadians aged 65 and over are likely to move. That represents about half the rate of the overall population.

What’s more, as most of us also know, the number of Canadians aged 65 and older is growing, from about 15 per cent of the population in 2011, up from 8 per cent in 1961. That figure is expected to rise to 25 per cent two decades from now, the report states.

While Canada’s housing market is expected to stabilize, following decades of strong growth, there could be some much-needed support in the condo market in the years ahead. That’s because more seniors will be downsizing to smaller, more convenient homes, alongside a growing number of people living alone. Statistics show the number of one-person households in Canada has increased to 28 per cent in 2011, up from 9 per cent in 1961.

“There are now more one-person households than couples with children,” the Scotiabank report states. “This share is expected to continue to rise over the next two decades, driven in large part by an aging population, in particular an increase in the number of widowed women living alone.”

The number of immigrants coming to Canada is also expected to change the homeowner landscape in the years ahead. Net immigration accounts for almost two-thirds of Canadian population growth today and is expected to rise to around three-quarters by 2031.

While new immigrants often start off as renters, they eventually become homeowners within 6-to-10 years of moving to Canada, the report states.

According to Warren: “Immigration also will have a profound impact on housing demand over the next two decades, being increasingly the dominant source of new household formation in Canada.”

The Scotiabank housing report is the latest from Canada’s big banks to predict the reshaping of Canada’s housing market, after years of strong growth and steady price increases. A TD Bank report last week forecast that house prices will rise a modest 2 per cent annually for the next decade.

Home sales have dropped more than 10 per cent on average across Canada over the past year, which Warren says marks the return of more “balanced market conditions.” 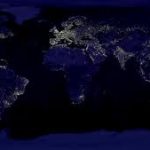 Will You Be Participating in Earth Hour this Weekend?Real Estate Market News