The Bank of Canada is warning that inflation will remain below target until at least 2016, even though the economy is showing signs of improvement.

The central bank said Wednesday that it is keeping its key interest rate at one per cent, where it’s remained since September 2010.

The bank said inflation is expected to stay “well below target” for some time, and likely won’t return to the two per cent target for about two years.

“The data that has come in since our last report has shifted the needle a little into that zone of uncertainty,” said Bank of Canada Governor Stephen Poloz during a news conference on Wednesday. “We are more concerned about low inflation today than we were three months ago.”

The bank blamed “widespread and persistent competition among retailers,” along with “significant” slack in the economy.

Poloz said while low inflation, or disinflation, may seem like good news for Canadian consumers, it could have a negative impact on the broader economy.

Canada’s inflation has been consistently below the ideal target of two per cent, further justifying the bank’s reluctance to raise interest rates.

The bank expects the total inflation rate to remain at 0.9 per cent in the first half of 2014, down from its previous forecast of 1.2 per cent, but should “increase very gradually” and reach the bank’s ideal target of two per cent in the last quarter of 2015.

“It’s low enough that it doesn’t really distort much in the economy,” he said. “You have two per cent inflation and interest rates that are above this.”

Poloz said at two per cent inflation, if a negative economic shock were to occur, policy makers have the ability to react and lower the interest rates if needed.

Stronger U.S. demand and the lower Canadian dollar should help exporters and manufacturers by increasing sales competitiveness south of the border, and in turn, boost business confidence and investment.

“The increase in U.S. demand is the most important thing, that’s the cake,” Poloz said. “And if the exchange rate is going down a little bit and gives us a bit of a marginal boost, there’s your icing on the cake.”

However, the low dollar will make purchases outside of Canada more expensive.

The dollar was trading at 90.56 cents U.S. on Wednesday afternoon.

The bank also noted that it expects a soft landing in Canada’s housing market and a stabilization of household debt.

The bank said it will make its next interest rate announcement on March 5 and release its updated outlook for the economy and inflation, including risks to the projection, on April 16.

The Bank of Canada is Expected To Make Its Announcement on Interest Rates at 10 a.m.Real Estate Market News 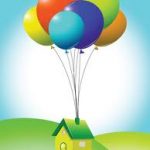