The Royal LePage House Price Survey and Market Survey Forecast released today showed the average price of a home in Canada increased year-over-year between 2.0 and 4.0 per cent in the fourth quarter of 2012. Compared to 2012, fewer homes are expected to trade hands in the first half of 2013, which should slow the pace at which home prices are rising. However, by the end of 2013, Royal LePage expects the average national home price to be 1.0 per cent higher compared to 2012.

While home sales volumes slowed in the second half of 2012, house prices, for the most part, held firm. Some consumers delayed their entry into the market during 2012, faced with economic uncertainty as governments in both the U.S. and Europe struggled with debt management plans and as homes in some regions became less affordable. In the fourth quarter, standard two-storey homes rose 4.0 per cent year-over-year to $390,444, while detached bungalows increased 3.6 per cent to $356,790. National average prices for standard condominiums increased 2.0 per cent to $239,374.

“More home buyers moved to the sidelines as 2012 progressed, as economic uncertainty abroad and reduced affordability became a drag on the market, however house prices proved resilient,” said Phil Soper, president and chief executive of Royal LePage. “Our sturdy domestic economy and encouraging employment trends have emboldened sellers, and some have opted to let market conditions adjust before listing. Simply put, fewer home owners listed their properties in the second half of the year, which kept inventory levels lower, and supported home values.”

Soper noted that in the absence of a serious economic event, many Canadians would adjust their short-term buying or selling timing according to prevailing market conditions, but that it was rare for engaged, qualified families to hold out for very long. Buyers are much more likely to make purchasing decisions based on trigger events such as marriages, growing families, salary or wage increases or the need to relocate for a new job. Royal LePage expects the trend towards slower sales volumes seen in the second half of 2012 to continue through the first half of 2013. Expectations are that year-over-year comparisons will begin to show improvement in the third quarter 2013, with sales volumes that are relatively flat versus 2012, and return to growth in the final quarter of the year.

“Canada is a realm of sizable, fairly independent regional economies. Some housing markets, such as those in Alberta and Saskatchewan, are poised to expand significantly in 2013. We will see a decline in unit sales and a flattening of home prices in our largest urban markets of Vancouver and Toronto and that will have a significant dampening effect on reported national averages,” said Soper.

Soper noted that the housing market is well into a cyclical correction and that fears of a sharp or drawn out collapse are unwarranted. Home prices have risen faster than salaries and wages for three years and the market requires time to adjust.

“A helpful comparison is to reflect on the beginning of 2009 when the country was in the grips of a very grim global recession,” he said. “It was a bleak time, with plunging consumer confidence driven by rapidly spreading unemployment. The meltdown of the American banking and finance sector had sent their housing market into a downward spiral and our own real estate market saw home sale transactions fall dramatically. Price appreciation in Canada ground to a halt, but home values dropped only slightly. With economic fundamentals such as employment levels improving, we expect this cyclical correction to be short-lived.”

While some first-time buyers have been sidelined by new federal mortgage insurance rules introduced in 2012, the cost of mortgage financing remains at historical lows and the desire to own property has not diminished. First-time buyers are adjusting to the new requirements by opting for cheaper homes or saving longer.

Soper concluded, “The silver lining in every real estate market correction is that there is a balance shift. After an extended period of frustrating bidding wars in key, supply-constrained regions, and spring-markets characterized by price increases that make financial planning difficult, Canadian home buyers will see momentum shift in their favour this spring. They should be met with more choice – and stable prices.”

Royal LePage expects that very modest home price appreciation will be the norm for the next two years, as North American economies gradually improve and family incomes climb slowly. Improving, but still tepid growth, in the United States should allow central banks in both countries to sustain the current low interest rate environment, which is very supportive of housing market activity.

Average home prices in Montreal were up year-over-year in the fourth quarter of 2012, as higher end units being sold to an active move-up buyer demographic skewed average prices upward, while first-time buyers adjusted to meet new mortgage regulations. At the end of 2013, average house prices in Montreal are forecast to be 3.8 per cent higher than 2012.

A healthy local economy and low interest rates produced strong year-over-year price appreciation in Winnipeg’s real estate market with average price gains ranging from 4.7 to 9.9 per cent. At the end of 2013, average house prices in Winnipeg are forecast to be 1.0 per cent higher than 2012.

For the second year in a row, two-storey homes in Regina posted the largest average price increases across all housing types surveyed in Canada rising 16.8 per cent. Detached bungalows and standard two-storey homes also posted gains rising 5.3 and 5.9 per cent. At the end of 2013, average house prices in Regina are forecast to be 4.0 per cent higher than 2012.

Increased demand and low inventory resulted in healthy year-over-year price gains for standard two-storey homes and detached bungalows in Calgary and Edmonton, while price appreciation for standard condominiums were relatively flat in both cities compared to the fourth quarter of 2011. At the end of 2013, average house prices in Calgary are forecast to increase 2.5 per cent, while Edmonton house prices are expected to increase by 0.6 per cent compared to 2012.

Low market activity resulted in modest price declines across all three housing types in Vancouver ranging from 1.3 to 3.6 per cent. At the end of 2013, average house prices in Vancouver are forecast to further decline 3.0 per cent compared to 2012.

The Royal LePage House Price Survey is the largest, most comprehensive study of its kind in Canada, with information on seven types of housing in over 250 neighbourhoods from coast to coast. This release references an abbreviated version of the survey which highlights house price trends for the three most common types of housing in Canada in 90 communities across the country. A complete database of past and present surveys is available on the Royal LePage web site at www.royallepage.ca. Current figures will be updated following the complete tabulation of the data for the fourth quarter of 2012. A printable version of the fourth quarter 2012 survey will be available online on February 6, 2013. 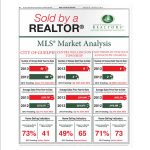 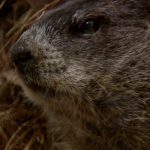