By any measure – health, education, housing or income – Canadians are far better off than residents of the developing world.

But they’re also better off than many of the planet’s richest countries, according to the Organization for Economic Co-operation and Development’s latest quality-of-life assessment, released on Tuesday.

In a comparison of 11 well-being indicators in 36 countries, Canada placed sixth, behind top-ranking Australia and third-place United States. Norway, Sweden and Denmark also finished ahead of Canada. (The country ranked second in 2011, but the OECD’s Better Life Index has changed slightly since its inaugural year.)

The OECD’s thinking on well-being has been evolving. Better known for its emphasis on countries’ gross domestic product, income and employment rates, the Paris-based organization began nearly a decade ago creating a quality-of-life barometer that would take a broader look at what makes people healthy and happy. It quickly found out that money isn’t everything, noted Anthony Gooch, the organization’s director of public affairs and communication.

Among the three dozen countries examined this year, Canada ranks near the top on several fronts: in housing, with 9 in 10 Canadians satisfied with their accommodations; in safety, with 8 in 10 comfortable walking alone at night; and in life satisfaction, where on a scale of 0 to 10, Canadians graded their happiness at 7.4.

Where the country falls short are in civic engagement and work-life balance. Voter turnout remains stubbornly low, 61 per cent in the last federal election. And while Canadians work fewer hours per year than the OECD average, 1,700 hours compared with 1,741, they somehow have less time for personal care and leisure than the OECD average.

On two new dimensions of the well-being index – the gaps between rich and poor and men and women – Canada’s performance is mixed. There’s still work to do to improve equality.

What divides the rich and poor

A new rallying cry emerged last year from the Occupy movement: “We are the 99 per cent.”

Started in New York, the movement and slogan were designed to draw attention to the amount of wealth concentrated in the hands of 1 per cent of income earners. Protests quickly spread to Canadian cities, Japan and Europe. This past weekend in Frankfurt, one of Europe’s main financial hubs, 20,000 people turned out for an Occupy rally.

The battle of the sexes

In so many ways, the gender gap has diminished greatly in Canada and in many other countries. In fact, when the 11 well-being indicators are weighted equally, women are doing better than men in most OECD countries. Notable exceptions include Italy, Hungary, Portugal, Greece and Chile.

Although not at parity yet, Canada has one of the smallest jobs and earnings gap between men and women. Sixty-nine per cent of women have jobs, compared with 74 per cent of men, and women make about $8,400 less.

But more adult women between the ages of 25 and 64 have earned a high-school degree, which is unusual among OECD countries. University of Victoria professor Janni Aragon, who specializes in gender and politics, notes enrolment of women in universities has climbed, too.

“But this is one of those things that has an asterisk with it,” she added. “Women tend to go into fields or faculties where their earning capacity is going to be less than men.”

On the political front, Canada may have hit a watershed moment: Three of the country’s premiers are women, in British Columbia, in Alberta and in Newfoundland, as well as Nunavut’s leader. Prof. Aragon thinks their achievements could encourage more women to enter provincial and federal politics. 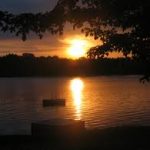 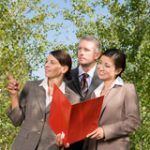