According to statistics[1]released today by The Canadian Real Estate Association (CREA),national home sales were up on a month-over-month basis in February 2017.

Home sales over Canadian MLS® Systems rose by 5.2% month-over-month in February 2017 to reach the highest level since April 2016. (C

While February sales were up from the previous month in about 70% of all local markets, the national increase was overwhelmingly driven by an increase in activity across the Greater Toronto Area (GTA) and environs. 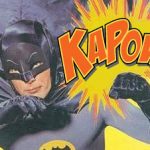