Canada Mortgage and Housing Corp. has signalled it will dramatically curtail its growth in the mortgage market in the coming years in an effort to cool Canada’s sizzling housing sector.

Documents released by the Crown corporation this week show CMHC expects to increase mortgage insurance over the next few years at only a fraction of the pace seen recently.

The change comes because the federal government has set $600-billion as the limit for the amount of mortgage insurance CMHC can have outstanding. The move is a sign Ottawa is trying to engineer a soft landing for Canada’s $1.1-trillion housing market by restraining the credit available for homebuyers to rack up mortgage debt.

Finance Minister Jim Flaherty has warned that too many consumers are getting in over their heads. And importantly, the government aims to shift more of the onus for bad mortgages away from taxpayers and back to the banks as tensions rise between Ottawa and Bay Street over mortgage rates.

CMHC is in many ways the engine of the entire housing market. It backstops risk in the sector by providing insurance on mortgages and helps banks keep loans flowing while holding down the cost of financing a new home. By forcing CMHC to shrink the growth of its insurance portfolio, Ottawa is placing a damper on the flow of mortgage credit in the years ahead.

CMHC’s insurance portfolio has soared by hundreds of billions of dollars in recent years, and is expected to be well beyond $500-billion this year.

“The growth of the mortgage book has been heady and swift, and there’s no question that the government and the department of finance, and the Bank of Canada for that matter, are looking closely at it and wondering if this is really a good idea and if it’s time to slow down a bit,” said Finn Poschmann, vice-president of research at the C.D. Howe Institute.

Canada’s lofty housing prices, particularly in markets such as Toronto and Vancouver, have drawn comparisons with the U.S. housing bubble of the past decade, which collapsed during the global financial crisis and contributed to the meltdown of the financial system.

Canada’s chief banking regulator proposed rules this week to tighten mortgage lending practices, and Mr. Flaherty put new pressure on banks on Thursday to lend responsibly. Although he signalled the government would prefer not to step in, Mr. Flaherty said he is ready to take actions such as cutting the allowed amortization period of mortgages if necessary.

Mr. Flaherty had surprisingly strong words for the banks on Thursday, suggesting that top banking regulator Julie Dickson tightened lending practices because they have been getting out of hand.

“Her concern … is that some of the banks were not being careful enough and some of the time they were not following their own policies,” Mr. Flaherty told reporters.

In 2008, when banks around the world were struggling to lend, Mr. Flaherty created a program through which Ottawa essentially bought more than $66-billion worth of mortgages from Canadian banks. The government raised the cap on the amount of mortgage insurance that CMHC can have outstanding twice since the end of 2007, from $350-billion to $450-billion and then to $600-billion. With CMHC approaching that limit, Mr. Flaherty made it clear earlier this year that Ottawa does not want to raise the cap again.

Taxpayers are ultimately on the hook for the insurance, which is used to reimburse banks when borrowers default on their mortgages. CMHC said in its corporate plan this week that it expects the amount of insurance it has in force to creep up to $587.7-billion between now and 2016. It forecast growth of just $30.8-billion from 2011 to 2014, marking a sharp slowdown from the nearly $170-billion increase in the agency’s mortgage insurance outstanding from 2007 to 2010.

Because CMHC is approaching its limit, it is rationing the amount of portfolio insurance that it sells banks to insure pools of mortgages. Spokesman Charles Sauriol said it is giving priority to insurance for individual homes.

“The allocation of CMHC’s portfolio insurance does not affect the availability of CMHC’s mortgage loan insurance for qualified home buyers and will not impact the cost of buying a house,” he said.

But some observers disagree, saying the rationing will affect some lenders, and likely prompt them to charge more for mortgages. 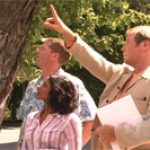 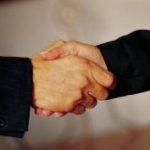