‘But women are being more cautious than men,’ observer says

Women are leading the way when it comes to purchasing their first home.

Across B.C. and Canada, recent reports show that females are more likely than men to be first-time home buyers.

A new HGTV Canada show called Buy Herself premièred April 16 to show how single women have shifted from being a niche portion of the real estate market to a significant part of the housing equation.

The tag line is “No man. No dual income. No problem.”

Gone are medieval attitudes and practices that used to mean a woman couldn’t get a loan from a financial institution without a male co-signer or guarantor. More and more, women are not waiting for “Mr. Right” and marriage before moving into their own home.

An RBC home ownership poll shows that, among Canadians who plan to buy a home within the next two years, women are more likely than men to be first-time buyers (49 per cent, compared to 35 per cent respectively).

“But women are being more cautious than men, weighing cost, affordability and job security before buying a home.”

Female home ownership is a trend that has been growing for a number of years.

Royal LePage’s most recent FirstTime Homebuyers’ Report shows female homebuyers have been leading the homebuying trend in B.C. In 2009, 60 per cent of those entering the province’s housing market for the first time were women, the Royal LePage study says.

At MAC Marketing Solutions, which represents many of Canada’s leading developers, Cameron McNeill says the rise of female homebuyers is ongoing – and that women already have a huge say in any homebuying decision.

“Across most of MAC projects, we continue to see an increasing number of female buyers, perhaps because females continue to gain further professional equality and appear to be more financially responsible,” McNeill says.

“We also find that the female member of a couple is typically the most influential in a homebuying decision. Depending on the project, we often make sure our homes are designed and marketing efforts appeal to the female market.”

Eric Andreasen, vice-president of marketing at Adera Development Corp., says his company has also noticed an increase in female home purchasers, especially over the past two years. Some are recently divorced, while others are single women making the decision to buy a home on their own at an early age, he says.

“Women seem to be enjoying their independence and consider home ownership important to their lifestyle,” Andreasen says.

“We are aware that women tend to drive new home purchase decisions in a relationship, as well. Women are well-researched when they enter our sales offices and displays and have a good idea about what competitive product is selling for.”

A larger proportion of homes sold in less expensive regions contributed to the average B.C. sales price dropping nearly 11 per cent, he noted.

With historically low interest rates, the drop in average price and a new tax credit for first-time homebuyers, it is a fantastic time to purchase a new home in British Columbia.

“Buy land, they’re not making it any more,” went the famous quote by Mark Twain

He was correct. Still is.

So what are you waiting for? 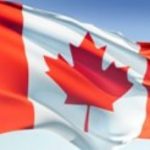