It’s a decision that millions of Canadian homeowners struggle with repeatedly during their time as homeowners: Do they choose the security of a fixed-rate mortgage, or opt for the flexibility (and usually lower cost) of a variable rate and hope that rates don’t spike higher? But right now, conditions in the mortgage market mean homeowners can actually get the best of both worlds, according to market-watchers.

For years, we’ve seen evidence that people who opted for variable-rate mortgages ended up saving money over the fixed-rate crowd —anywhere from 77 to 90 per cent of the time, depending on the period selected and the assumptions used.

Despite that, 60 per cent of the 5.8 million mortgages out there are fixed-rate mortgages, and the five-year term is especially popular. Another 31 per cent of mortgages are variable- or adjustable-rate. The rest are hybrids that a bit of both types of mortgage built in.

In the past year, we’ve seen evidence that people have been starting to swing more towards variables (see table). But in the past few months, two things have happened in the Canadian mortgage market that may have the “variable-is-best” crowd changing their minds … or at least re-thinking what used to be an easy decision.

Variable has a catch

First of all, the traditional discount that lenders used to apply to variable rate mortgages is fast becoming a thing of the past.

“In the last couple of months, there’s been a big shift back to fixed rates,” says mortgage broker Robert McLister, who edits the popular mortgage news site CanadianMortgageTrends.com. “The average discount went from prime minus 0.80 per cent to prime minus a quarter,” he told CBC News.

That puts a typical five-year variable-rate mortgage around 2.75 per cent.

At this point, you may be thinking that people who have variable-rate mortgages still can’t lose, because they can always choose to lock in to a fixed-rate mortgage at any time. Very true. But McLister points out that people who do this typically don’t get the lowest rates.

That’s not too surprising. After all, you can’t change lenders when you switch from a variable to a fixed mortage without paying a penalty, and your lender knows this. “The rates that lenders give to people when locking in are always at least a quarter percentage point above what’s available elsewhere in the market,” he says.

McLister also points out that it’s never immediately clear where or when mortgage rates will bottom out. “Some people may think about getting a variable in hopes of riding down rates if they drop further,” he says. “The thing is, if you’re that good at predicting interest rates, you’d make a lot more money as a bond trader.”

What people are choosing

Of course, there are other reasons besides interest rates that can sway someone’s decision on mortgage type. If someone needs to break a five-year fixed rate mortgage early, for example, the penalty (based on what’s called the interest rate differential) can be many thousands of dollars. With a variable-rate mortgage, the penalty is never more than three months interest.

But some people will always opt for fixed-rate mortgages simply for the security of knowing that they won’t be affected by any future upswing in interest rates – at least until their mortgage comes up for renewal.

Here’s another reason to consider fixed-rate mortgages. Some lenders have chosen to stake out some market share by offering exceptional bargains at terms other than five years.

As for the future, some mortgage experts see variable mortgage rate continuing to rise.

“Disappearing discounts [off prime] will continue as banks aim for greater profitability,” says a panel of five mortgage industry and academic experts surveyed by RateSupermarket.ca in November. “As a result, the panel believes Canadians can expect variable mortgage rates to inch up in the short term,” it said in a recent rate outlook.

The panel members see no change for fixed mortgage ratesin the short term. They expect the European debt crisis will cause money to pour into Canadian bonds, driving down yields. That could lead to an even smaller spread between fixed and variable.

Still not sure what to go for? Fixed or variable? Short or long-term?

Either way, the good news is that rates are at historic lows. Rest assured that you can’t go far wrong these days, no matter which direction you go in.

“The cost of choosing the wrong term has probably never been lower,” says McLister.

The Business Cycle and Buying a HomeBuying / Selling Resources 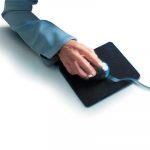