Guelph #9 Among Best Markets In Canada To Buy Real Estate

I was thrilled to be interviewed by 570 News Radio to discuss why the City of Guelph was ranked #9 in The MoneySense report “Canada’s top cities to buy real estate in” which puts Guelph as the 9th best market, with Waterloo Region coming in 13th.

In Waterloo Region, the average price was over $337,000, with a five-year price appreciation near 4%.

A Guelph real estate sales representative says the city has grown in leaps and bounds in her over 20 years in the business.

“The city as a whole is a very well run city…We have been designated by the provincial government as one of the communities in the Places to Grow Act.” says Gia Lucchetta of Royal LePage.

Lucchetta adds a lot of the arts in Guelph attract people to the city. She also thinks the promise to add more Toronto-bound GO trains will add to that. 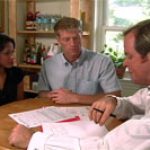