According to statistics provided by the MLS® System of the Guelph and District Association of REALTORS®, home sales numbered 333 units in April 2014. This was an increase of three per cent from the same month last year.

Sales of all types of properties in the Guelph region numbered 347 units in April, up four per cent from year-ago levels.

“Home sales improved for the third straight month in April,” said Kimberley McKenzie, President of the Guelph and District Association of REALTORS®. “It was actually the third best April sales figure on record, and stood just 14 sales off the all-time record set a decade ago. At the same time, the average sale price posted a larger than expected jump in April.”

The residential dollar volume of sales in April 2014 was $124.6 million, up 13 per cent from the same month last year. This was about on par with the all-time monthly record set in May last year. 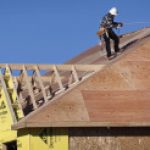