The number of homes sold through the MLS® System of the Guelph and District Association of REALTORS® edged back in October 2012 compared to September, and also came in below October 2011 levels.

According to statistics provided by the Association, home sales numbered 201 units in October 2012, a decline of 13 per cent from October of 2011.

Sales of all types of properties in the Guelph region numbered 218 units in October, also down 13 per cent from year-ago levels.

“Demand edged back in October following the improvement we saw in September, but remained above this year’s low point in August,” said Jeff Matteis, President of the Guelph and District Association of REALTORS®. “Even so, the balance between supply and demand in the region remains tight from an historical perspective, and we continue to see year-over-year growth in the average selling price.”

New residential listings numbered 378 units in October, up seven per cent on a year-over-year basis.

Overall supply is still running below levels in most of the past six years. There were 659 active residential listings on the Association’s MLS® System at the end of October, down 10 per cent from a year earlier. 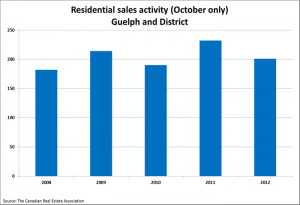 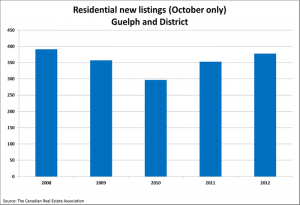 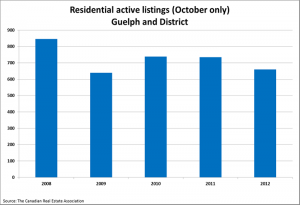 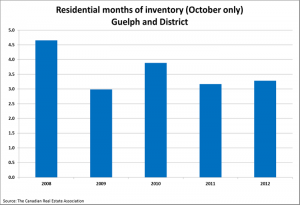 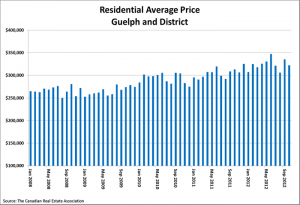 To view the charts in full view click here 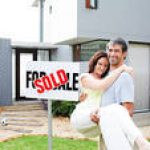 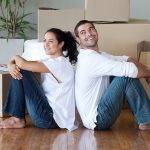