Guelph Home Sales Improve in August 2017, But Still Down Year-Over-Year

According to statistics provided by the MLS® System of the Guelph and District Association of REALTORS®, home sales numbered 246 units in August 2017. This was down 10.2 per cent from August 2016, and stood 12.5% below the all-time record month of August from 2015.

On a year-to-date basis, home sales totaled 2,377 units over the first eight months of the year. This was a 5.6% decline from the August year-to-date record set in 2016.

“While sales were still down on a year-over-year basis in August, it was nevertheless a marked improvement from July,” said Kim Hannah, President of the Guelph and District Association of REALTORS®. “When you look at the sales data adjusted for seasonality, Guelph home sales rebounded by almost 15% from July to August, mirroring the rebound in the GTA in August. While it’s only one month of data, it is the first evidence that buyers may be starting to move off the sidelines.” 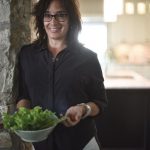