According to statistics provided by the MLS® System of the Guelph and District Association of REALTORS®, home sales numbered 146 units in December 2016. This was up 8.1 per cent from the same month last year.

Sales of all types of properties in the Guelph region numbered 168 units in December, up 12.8 per cent from a year earlier.

“As expected, home sales set a new annual record in 2016, topping the 3,000 mark for the first time ever,” said Kim Hannah, President of the Guelph and District Association of REALTORS®. “Despite still very strong demand, it may prove a challenge to see as many sales in 2017 given that we started the year with just 131 properties listed for sale in the region. If the market does not get some relief in the form of more new listings, the double digit year-over-year price gains we’ve seen over the last eight months can be expected to continue well into the New Year.” 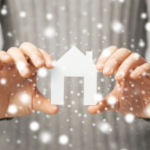 5 Tips When Buying A Home In WinterReal Estate Market News 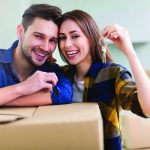