Guelph Home Sales Remain At Record Levels in May

According to statistics provided by the MLS® System of the Guelph and District Association of REALTORS®, home sales numbered 367 units in May 2016. This was up 5.2 per cent from May 2015, and marked a record for May sales in the region.

Sales of all types of properties in the Guelph region numbered 398 units in May, up seven per cent from a year earlier.

“April saw more homes trade hands in the region than in any month in history, and May managed to come in within one sale of that record despite fewer and fewer properties available for sale as each month goes by,” said Jeff Van de Vorst, President of the Guelph and District Association of REALTORS®. “With months of inventory now approaching an unprecedented one month, it is possible that sales may slow down a bit over the summer if activity starts to get crimped by a lack of listings.” 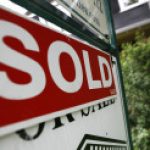