Guelph Home Sales Running At Near Record Levels in November

According to statistics provided by the MLS® System of the Guelph and District Association of REALTORS®, home sales numbered 229 units in November 2014. This was down 5.0 per cent from a November in 2013, but still marked second best month of November ever.

Sales of all types of properties in the Guelph region numbered 243 units in November, down 5.1 per cent from year-ago levels.

“November saw a bit of a decline on a year-over-year basis owing to last year’s record for the month, but the bigger picture is that 2014 will be a record year for home sales in the region,” said Kimberley McKenzie, President of the Guelph and District Association of REALTORS®. “With sales booming and listings struggling to keep pace, prices have continued to climb.”

The residential dollar volume of sales in November 2014 was $84.1 million, down 1.2 per cent from the same month last year.

The total value of all properties sold in November 2014 was $90.3 million, an increase of 3.2 per cent on a year-over-year basis. 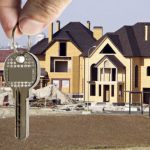