Compared to 422 cities in North and South America, Guelph has ranked fifth in economic potential for a small city and tenth in business friendliness for a small city by fDi Magazine’s “American Cities of the Future” bi-annual rankings.

“It is no secret that Guelph is primed for investment with our abundant supply of employment land, proximity to large Canadian and US markets and high quality of life,” says Peter Cartwright, General Manager for Guelph Economic Development. “We can link much of our success to the expansions Guelph has seen in recent years, the Hitachi expansion alone was recognized by fDi Intelligence as the top job creation project in the province for 2012.”

Guelph was shortlisted based on points awarded in investment readiness and economic stability such as a low unemployment rate, low inflation, high credit rating and the growth of the knowledge-based sector.

Attraction and retention activities were topics of great discussion at the Guelph Wellington Economic Summit held by Mayor Karen Farbridge and Warden Chris White earlier this year. “The City of Guelph is committed to building a diverse and prosperous local economy that attracts jobs, investment and talent to our community.  Rankings like this demonstrate that Guelph is a good place to do business,” said Mayor Farbridge.

fDi Magazine is a specialist publication which reports on cross-border investment and is read by senior-level executives at multinational corporations and others involved in corporate greenfield site-selection decisions. A bimonthly publication, fDi Magazine is part of the fDiIntelligence division of the Financial Times.

About American Cities of the Future rankings

To create the shortlist of ‘American Cities of the Future 2013/14?, fDi’s research team collected data using the specialist online FDI tools fDi Benchmark and fDi Markets as well as other sources. Data was collected for 422 cities under five categories. Cities scored up to a maximum of 10 points under each individual data point, which were weighted by importance to the FDI decision making process in order to compile both the subcategory rankings as well as the overall ‘American Cities of the Future’ ranking. 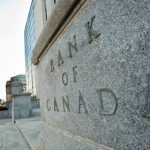 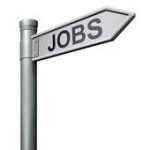