Single-detached housing starts fell in the second quarter of this year, compared with the same period a year earlier, the Canada Mortgage and Housing Corporation reported this week.

In fact, the inventory “is currently low by historic standards,” the federal housing agency stated in a release. The market’s been constrained by the limited number of lots available to home builders.

Overall, housing starts in the Guelph census metropolitan area, which encompasses the city and some surrounding lands, were effectively unchanged in the second quarter and same year-earlier period.

The Guelph area recorded 169 second-quarter starts, compared with 167 for the same period in 2011. Single-detached housing starts amounted to 76 and 100, respectively.

Year-to-date starts amounted to 291 this year and 361 in 2011, also respectively. For single-detached dwellings, those figures were 131 and 144, respectively. 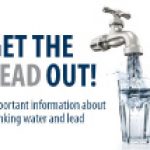