Why and when we have Leap Years

2016 is a leap year, which means that it has 366 days instead of the usual 365 days that an ordinary year has. An extra day is added in a leap year—February 29 —which is called an intercalary day or a leap day.

Why is a Leap Year Necessary?

The Egyptians were the first to come up with the idea of adding a leap day once every four years to keep the calendar in sync with the solar year. Later, the Romans adopted this solution for their calendar, and they became the first to designate February 29 as the leap day.

But Wait! It’s Not Quite that Simple!

To rectify the situation, the creators of our calendar (the Gregorian calendar, introduced in 1582) decided to omit leap years three times every four hundred years. This would shorten the calendar every so often and rid it of the annual excess of 11 minutes and 14 seconds. So in addition to the rule that a leap year occurs every four years, a new rule was added: a century year is not a leap year unless it is evenly divisible by 400. This rule manages to eliminate three leap years every few hundred years.

It’s Smooth Sailing for the Next 3,300 Years 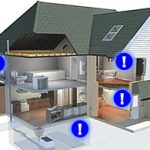 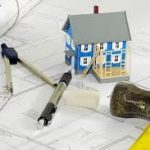