The number of home sales processed through the MLS® Systems of Canadian real estate Boards and Associations was little changed in October 2012 compared to the previous month (-0.1 per cent) and remains below levels reported in the first half of the year

Sales activity improved in about half of all local markets as compared to September, including Greater Vancouver and Greater Toronto. However, in keeping with the national trend, transactions there remain well below levels posted in the first half of the year.

On a year-over-year basis, actual (not seasonally adjusted) activity was also little changed, down 0.8 per cent from levels recorded for October of last year. Led by Calgary, sales were up compared to levels one year ago in almost two-thirds of all local markets. Sales remained below year-ago levels in Greater Toronto, Greater Vancouver, and Greater Montreal.

Sales data in October held steady at the national level, but we are seeing some diverging trends among local housing markets,” said CREA President Wayne Moen. “Markets in Alberta and Saskatchewan are gaining strength, while some of Canada’s traditionally most active markets have lost steam. As always, all real estate is local, so buyers and sellers should talk to their REALTOR® to understand how the housing market is shaping up where they live or might like to live.”

“Little has changed since national activity geared down in the wake of mortgage rules that came into force in July,” said Gregory Klump, CREA’s Chief Economist. “Opinions differ about how sharply sales have slowed depending on the local housing market.”

“These results suggest that the Canadian housing market overall has returned to a more sustainable pace,” added Klump.

A total of 402,322 homes have traded hands via Canadian MLS® Systems over the first 10 months of 2012, up 0.8 per cent from levels reported over the same period last year and 0.4 per cent below the 10-year average for the period.

The number of newly listed homes retreated by 3.8 per cent in October following a jump in September. Monthly declines were reported in almost two-thirds of all local markets, with Greater Toronto and Greater Vancouver exerting a large influence on the national trend.

The number of months of inventory is another important measure of the balance between housing supply and demand. It represents the number of months it would take to sell current inventories at the current rate of sales activity. It was another measure that was little changed in October. Nationally, there were 6.5 months of inventory at the end of October. This is virtually unchanged from the reading of 6.4 months at the end of September after accounting for rounding (6.479 in October vs. 6.448 in September).

Excluding these two markets from the national average price calculation yields a year-over-year increase of 2.5 per cent, reflecting average sale prices that rose in 70 per cent of all local markets in October 2012.

The Aggregate Composite MLS® HPI rose 3.6 per cent on a year-over-year basis in October. This marks the sixth consecutive month in which the price gain slowed and is the slowest rate of increase since May 2011.

The MLS® HPI rose fastest in Regina (13.0 per cent year-over-year), but the increase was smaller than it was in September (14.2 per cent). 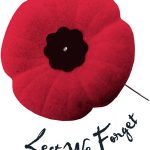