The head of Canada’s biggest bank and one of the country’s leading developers said the housing market is not in a bubble, even as one economist said Toronto is caught in a “condo craze.”

Participants at Bloomberg’s Canada Economic Summit in Toronto said talk of a housing bubble is overblown.

“When we look at the overall marketplace, there might be pockets of vulnerability but we remain quite comfortable,” said Gordon Nixon, chief executive officer of Royal Bank of Canada “Frankly, I’d like to see the rhetoric come down a little bit.”

A residential real-estate boom in the world’s 10th-largest economy has prompted senior policy makers such as Bank of Canada Governor Mark Carney and Finance Minister Jim Flaherty to warn that Canadians may be taking on too much debt.

Mr. Carney told lawmakers April 24 that high levels of household debt remain the greatest domestic risk to Canada’s economy. In an appearance before a parliamentary committee, he reiterated that a rate increase “may become appropriate,” and warned Canadian families to exercise “caution” with their debt levels.

Mr. Carney has kept his key lending rate unchanged at 1% since September 2010 in the longest pause since the 1950s.

Housing prices in Canada are probably about 10% overvalued, economist Paul Fenton said at the Bloomberg summit.

There doesn’t seem to be a sense that there’s been overbuilding, and housing doesn’t pose a systemic threat to the function of the nation’s financial system, said Mr. Fenton, senior vice-president and chief economist at Caisse de Depot et Placement du Quebec.

The 244,900 housing starts last month released Tuesday beat economists’ expectations. The highest forecast in a Bloomberg economist survey with 21 responses was a 222,600 rate.

“Wow. This report reflects unbelievable strength in Canadian housing starts, and all of the gain was in multiples again which reflect the ongoing condo craze,” Scotia Capital economist Derek Holt said in a research note.

Sales of new condominiums in Toronto reached 6,070 units in the first three months of the year, a record for the first quarter, market research firm Urbanation Inc. reported May 7. As many as 40 new projects with more than 11,000 units could come on the market in the second quarter, a trend that may cause inventory of unsold units to approach a record set in 2008, Urbanation said.

Condo builders “tend to be risk averse,” insisting that 70% of a project is presold and buyers put down at least a 20% deposit, according to Jim Ritchie, senior vice president of sales and marketing at Tridel, a Toronto-based real estate developer.

Almost 60% of people buying condos in that area are either single or couples without children, said Mr. Ritchie, who said concerns about foreign buyers are overdone, given about 95% of purchasers are “locals who have social insurance numbers and local addresses.”

The increase in housing prices in Canada is unsustainable, said Finn Poschmann, vice president of research at the Toronto- based C.D. Howe Institute. It’s difficult for market participants to tell a bubble has formed before it has deflated, he said.

“The big question people ask is, is Canada’s housing market in a bubble. Our answer to that is no,” said Jim Murphy, chief executive officer of the Canadian Association of Accredited Mortgage Professionals. The association’s research suggests growth in mortgage credit is below average, he said.

Canada’s housing agency said Tuesday there is no compelling evidence of a price bubble based on factors such as household income and interest rates.

“Clear evidence of a bubble is lacking,” Canada Mortgage & Housing Corp. said in its annual report. “CMHC continues to monitor very closely housing prices and underlying factors such as demographic and economic fundamentals and financial conditions across all major urban centers, including condominium markets.” 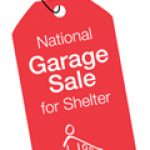 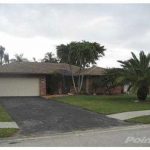