Housing Starts Projected to be Lower in 2013 With a Modest Increase in 2014: CMHC

Canada Mortgage and Housing Corporation (CMHC) expects housing starts to re-gain momentum in the later part of the year and/or into 2014, as employment, economic growth and net migration are forecast to improve over the forecast horizon. Overall, total annual housing starts are expected to be lower in 2013 compared to 2012, mostly due to moderation observed in the first half of 2013, according to CMHC’s second quarter 2013  Housing Market Outlook, Canada Edition1.

“So far in 2013, the average monthly growth rates of MLS® sales, new listings and prices have all been increasing. This follows a period of average monthly declines that held sway over the second half of 2012,” said Mathieu Laberge, Deputy Chief Economist for CMHC. “This change in the trend of the resale market is expected to eventually lead to a similar change in the trend of the new home market, as housing starts dynamics typically lag the resale market by one to three quarters.”

1 The forecasts included in the Housing Market Outlook reflect information available as of April 26, 2013.  Where applicable, forecast ranges are also presented in order to reflect financial and economic uncertainty. 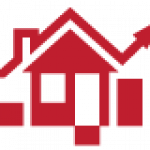 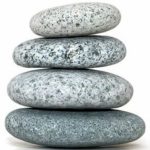