Canada Mortgage and Housing Corporation (CMHC) expects the number of housing starts to stabilize in 2014 and 2015. Support from improved economic and demographic fundamentals will be tempered by a combination of a modest and gradual increase in mortgage rates and a slowdown in demand from first-time buyers, according to CMHC’s first quarter 2014 Housing Market Outlook, Canada Edition1.

“With a relatively high number of units currently under construction, we expect builders will gradually adjust their activity in order to reduce their level of inventory,” said Mathieu Laberge, Deputy Chief Economist for CMHC. “Housing demand for resale market homes will continue to be sustained despite expected modest and gradual increases in mortgage rates toward the end of the forecast horizon,” added Mathieu Laberge.

1 The forecasts included in the Housing Market Outlook reflect information available as at January 22, 2014. Where applicable, forecast ranges are also presented in order to reflect financial and economic uncertainty. 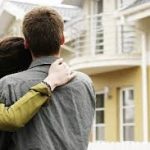