Kitec Plumbing In Your Home Will Cost You

My home has Kitec plumbing in it. Should I be worried?

The short answer is: Yes. Kitec plumbing was widely used in Canada and the U.S. in homes and condominiums built, or extensively renovated, between 1995 and 2007. It was sold for pipes for drinkable water pipes, as well as in-floor and hot-water baseboard systems.

Kitec was marketed as a corrosion-resistant alternative to copper pipes and fittings, but was recalled around 2005 due to a tendency to corrode at an accelerated rate. It is no longer manufactured.

Kitec may deteriorate or fail due to excessive water pressure or water running at temperatures hotter than the manufacturer’s rating of 77C (180F).

Industry professionals believe that homes and condominiums with Kitec plumbing and fittings will experience premature pipe failure, and failure rates will increase over time. The pipes may not just leak but burst, with potential for flooding.

The only complete solution is to replace Kitec plumbing with copper pipes. This will typically require access behind walls and through floors.

Most Kitec plumbing can be identified by its bright orange (hot water) and bright blue (cold water) pipes, which were the most common colours, but it was also sold in red, blue, gray and black. The pipe is typically marked with one of about 10 different brand names including Kitec and PlumbBetter. Visible fittings are stamped with Kitec or KTC.

The best place to look for a Kitec system is near the hot water tank or in the mechanical room where the pipe connects to, or exits from, the walls. Pipes are also visible beneath kitchen sinks or bathroom vanities. Electrical panel doors may contain a sticker stating that Kitec was used in the home and that the electrical system cannot be grounded to it.

One large midtown Toronto condominium was built with Kitec plumbing. The anticipated costs to retrofit each suite with copper pipes ranges from $5,000 to $6,500 for one-bedroom units to $8,000 to $10,500 for two-bedroom and larger suites. The prices include replacing plumbing and drywall but not kitchen or bathroom tiles which would have to be removed to access the pipes.

Each owner must pay for his or her own repairs, and those expenses cannot be charged to the condominium reserve fund.

The time needed for the work to be completed in each suite ranges from a full day for smaller units to as much as three days for larger units.

Kitec plumbing has been the subject of many lawsuits across North America, including a large cross-border class action which was concluded in 2011. A settlement fund of $125 million (all figures U.S.) was established, with $25 million going to the lawyers in Canada and the U.S., and $100 million being set aside for claimants who have until January, 2020 to file.

With an estimated 87,600 claims, the payout to each claimant will be nominal and the final amounts will not be settled until the expiry of the claims period in 2020.

The Nova Scotia Real Estate Commission, which regulates the provincial real estate industry, takes the Kitec issue very seriously. It has issued an advisory to its member real estate agents instructing them how to identify Kitec plumbing, what they need to know about it, what clauses to add to agreements of purchase and sale, and how seller clients can make a claim against the class action settlement fund.

In Ontario, every residential purchase agreement contains a warranty about urea formaldehyde foam insulation. Clauses about marijuana grow ops are often included. But I have yet to see a clause about Kitec plumbing.

The web site of the Real Estate Council of Ontario (RECO), with a mandate to administer the legislation governing real estate agents and to protect the public interest through “a fair, safe and informed marketplace,” should consider adopting Nova Scotia’s approach. 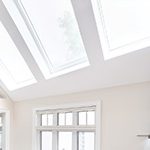 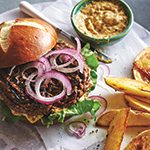 Make the Most of Summer with Al Fresco DiningHome Care Tips