Lessons from Canadian Cities that cherish and protect Green Space

Did you know that #Guelph had the largest increase of vegetation between 2001-2021 out of all Canadian cities? We’re sustaining our future as we work to create adaptable landscapes and coverage of our urban forest canopy.

Only nine of Canada’s 31 most populated urban centres saw an overall increase in vegetation in this time frame, the study shows. Ontario cities led the way, accounting for five of those spots.

Guelph saw the largest proportion of vegetation growth, with 11.6 per cent of its area going green.

Parks managers from Guelph and Kitchener spoke to Canada’s National Observer about how they have grown their city’s greenspaces.

“The city has been interested in protecting the environment and improving our landscapes for a long time. I think that that is being reflected in the study,” Jefferson said.

Guelph and Kitchener protect a large amount of their existing parkland by classifying it as “ecologically sensitive.” 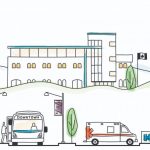