Sales in 2013 in both KCW and Guelph will be slightly lower than in 2012. Although the Guelph resale market is currently favouring sellers, all resale markets in the area will be balanced in 2013.  Overall, sales of existing home sold through the Kitchener-Waterloo Association of Realtors® will decline 2.8 per cent in 2013, while sales through the Guelph and District Association of Realtors® will decline by 5.3 per cent.

The slow pace of economic growth, global financial uncertainty and less favourable mortgage market conditions will temper gains in sales early in 2013. Despite sales volumes dropping on an annual basis, improving economic conditions and stable home prices will support housing demand by the second half of 2013. Mortgage rates will remain close to current levels for most of 2013. The low mortgage rates will continue to support demand. Population growth will also support housing demand. Migration will add close to 2,800 persons in 2013.

First-time buyer demand has declined. Although income growth has kept pace with home price growth in 2012, tightened mortgage rules have delayed some renter households from making the move to home ownership. Low vacancy rates are one indication that renter households are staying put longer. Tighter mortgage market conditions mean first-time buyers (FTBs) will have to save more for a down payment or look for a more affordable home to purchase. This will result in some households remaining in rental accommodation longer. Move-up buyers will continue to drive demand as they are less sensitive to economic uncertainty and generally are households that have more equity.

Kitchener prices will increase at a much slower pace than in Guelph in 2012. In 2013, both areas will see only marginal growth in home prices. With a balanced resale market, price growth has been more subdued in Kitchener. In Guelph, a sellers’ market led to higher price growth in 2012. Both markets will be balanced throughout most of 2013. 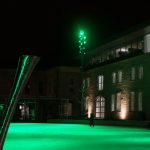