Most Canadian First-Time Home Buyers Anxious They Will Miss Out Because of an Insufficient Down Payment.

Fifty-seven per cent of respondents nationwide said that before buying their home they worried they might miss out on a property they wanted because of an insufficient down payment. While Montreal’s median home price is one third of that in Vancouver, respondents in Montreal reported being more worried (60%) than respondents in Vancouver (58%). Toronto respondents had the most anxiety (68%)[2].

“While interest rates remain historically low, it is not surprising that first-time home buyers in Montreal are increasingly concerned about their down payment,” said Phil Soper, president and chief executive officer, Royal LePage. “Montrealers have been watching home values escalate over the past three years. Many are wondering if they have time to grow their down payment or if they should get in the market now as prices continue to rise.”

When asked to describe their housing situation before purchasing a first home, 25 per cent of respondents nationwide lived with parents or relatives. Forty-three per cent of those living at home paid rent to their families and of those paying rent, 30 per cent paid less than the market value.

One-fifth of respondents who lived with family said that living at home delayed their parents’ own decision to downsize (17%), while a further 15 per cent said that younger siblings would have to leave the nest before parents can downsize. Sixty-four per cent said their parents had no plans of downsizing when they become empty nesters. These results support findings in Royal LePage’s 2018 Baby Boomer release that revealed although many Boomers still have children living at home, 17 per cent of them are expected to purchase a property by 2023, representing 1.4 million potential buyers and sellers.

As affordability continues to challenge many first-time home buyers across Canada, 48 per cent of respondents would rather have a smaller home and live close to work, compared to 32 per cent who value larger properties despite a longer commute. Findings were similar in Calgary and Montreal, where 53 and 52 per cent of first-time home buyers also preferred less time commuting between home and work.

While Toronto and Vancouver are home to some of the highest home prices in the country, the majority of those surveyed in both cities responded that proximity to work was more valued than square footage (59% and 54%, respectively). This may be influenced by longer work commutes, with Toronto and Vancouver residents reporting 34 minute and 30 minute one-way travel times both to/from work.[3] 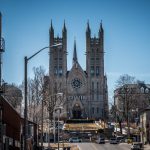 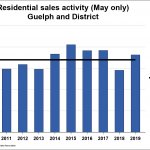