Julie Wyatt researched the company that was to help move her family, but when her possession date suddenly changed and that firm wasn’t available, she quickly picked another based on a nice-looking ad in the phone book.

The Uxbridge, Ont. woman got a quote over the phone and gave a $300 credit card deposit. But when the two men arrived on moving day four years ago, things went downhill. They were slow. They attempted to charge extra for certain items. And finally, they held her things for ransom.

Already one of life’s most stressful events, moving can also cause enormous, unexpected financial pain. Luckily, consumer and business groups, as well as federal, provincial and territorial governments have tips on how to make the transition easier.

Between 4.5 and 5 million Canadians move each year, according to the Canadian Association of Movers, and right now – between June 15 and Sept. 15 – is when movers do more than half of their business. Families and students move with the start and end of the school year, while summer is prime time for companies and the military to relocate staff.

Often people who get burned by movers, like Ms. Wyatt, don’t know where to turn. “I called the police,” Ms. Wyatt said. “They said it happens all the time, but that there was nothing they can do unless they take your stuff.”

Her brother ran to the bank and handed over the cash.

“They left all the stuff on the lawn and left,” she said.

According the Canadian Council of Better Business Bureaus, which tracked almost 3.5 million inquiries about all sorts of companies, products and services in 2010, and fielded nearly 29,000 complaints, questions about movers were among those most frequently brought forward.

While queries about roofing contractors was the most common, movers ranked second with 128,751 inquiries, according to the BBB’s most recent statistics available.

The movers’ association, which is the industry’s trade group with 340 members, currently has a couple thousand complaints on its books from unhappy consumers – about 100 of them lobbed against one particular mover alone.

“You want to make sure you get the right mover up front,” said John Levi, the association’s president. “A lot of consumers will go with the lowest estimate. Price is important, but you have to spend the money. Remedying [problems] afterward is a nightmare.”

The movers’ association advice manual can be found here and the group will help consumers find reputable movers.

– Contact the local Better Business Bureau and the movers association to assess companies as well as seek references of friends and family.

– Get multiple estimates, in writing and by someone who has inspected the items. Don’t rely on phone estimates. Find out if the cost covers unpacking, storage and claims settlement. Make sure the movers are aware of special items or other things that could affect the estimate. Move valuables, such as jewellery or artwork, yourself.

– Before signing any contract, check to see if the company is bonded and insured. Consumers should have moving insurance and make sure they have “replacement value protection,” not depreciated value. Find out the limitations if using the movers’ insurance.

– “If you don’t buy replacement value protection, the moving company is usually liable only up to 60 cents per pound of any article that may be destroyed or lost,” notes Industry Canada’s Office of Consumer Affairs, adding that might only amount of $30 for a typical television.

– Find out whether the mover is certified by the Workers’ Compensation Board to avoid paying out of pocket for injured employees.

– If the quoted prices seems low, be suspicious. Certainly negotiate the price, but be wary of those who will take cash only or skip GST or HST. “They are often indicators of an unscrupulous mover and one who is unlikely to pay claims or even deliver your goods,” Ottawa warns.

Along with their local BBB or movers associations, residents can file complaints with government agencies. The Consumers’ Association of Canada provides links to where residents can turn for help in their jurisdiction.

“Consumers have to understand it’s their responsibility to find a good mover,” Mr. Levi said. “If you don’t take that responsibility seriously there’s a really good chance you’re going to get a terrible move.”

Barbara Allan, manager of compliance and consumer services for Ontario’s Consumer Protection Branch, said in the past 12 months her province received close to 300 inquiries – 95 of them written complaints – about moving companies with concerns ranging from billing disputes and holding goods for ransom.

Through mediation, the province has helped consumers recoup some or all costs or have referred some to the courts.

“Should a business fail to respond to our mediation efforts or if the conduct of a business is such that further review may be appropriate, company names are typically posted our Consumer Beware List,” Ms. Allan said.

Ms. Wyatt attempted to recoup her costs from her nightmare move, but the company that bamboozled her wouldn’t help and a complaint with the BBB went nowhere. She didn’t turn to the provincial government mechanism. She’s now preparing to move into another new home.

“I won’t let it happen again,” she said. 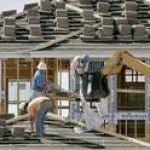