Sales activity over MLS® Systems of Canadian real estate Boards and Associations rose 2.5 per cent from February to March 2012. The increase lifted national activity to its highest monthly level since April 2010.

Activity in March was up from the previous month in two-thirds of all local markets, with Toronto, Calgary, and Edmonton contributing most to the national increase.

Actual (not seasonally adjusted) activity stood 1.6 per cent above levels in March 2011, the smallest year-over-year increase since last April. It reflects moderate gains in a number of major centres, including Toronto, Calgary, Montreal, Ottawa, and Quebec City. Increases in these housing markets offset larger declines in Vancouver and the Fraser Valley, where activity last year ran at unusually strong levels.

New listings were little changed following their uptick in February, having edged lower by 0.3 per cent on a month-over-month basis in March. The number of newly listed homes declined from the previous month in just over half of all local Canadian housing markets, and rose in almost all of the remainder.

“The spring housing market is off to a good start,” said Wayne Moen, CREA’s President. “The number of sales and newly listed properties are up from levels last year, and the vast majority of housing markets remain balanced. That said, all housing is local, so buyers and sellers should talk to their local REALTOR® to understand current and prospective trends where they live.”

The national housing market remains well balanced, although the monthly increase in sales activity caused the balance between supply and demand to tighten slightly.

The national sales-to-new listings ratio, a measure of market balance, stood at 55.1 per cent in March. This remains firmly in balanced market territory, but is up from 53.6 per cent in February. Based on a ratio of between 40 and 60 per cent, more than half of local markets were balanced in March.

The actual (not seasonally adjusted) national average price for homes sold in March 2012 was $369,677, representing a decline of one half of a percentage point from the same month last year.

“Average prices are up from year-ago levels in most large urban centres,” said Gregory Klump, CREA’s Chief Economist. “The slight decline in the national average price points to a tug of war between Toronto and Vancouver from the standpoint of their sales mix compared to last year.”

“The national average price was skewed higher last spring by record level high-end home sales in some of Vancouver’s priciest neighbourhoods. It was expected that this would not recur this spring, which the latest sales figures confirm. The decline in average price reflects the change in Vancouver’s sales mix, not housing price deflation.”

“At the same time, overall home sales activity in Toronto is stronger than it was last spring, and higher-end home sales are up from year-ago levels. Being by far the most active housing market in Canada, Toronto represents the single biggest factor supporting national average price compared to last year.” 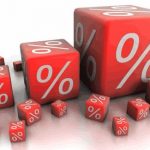