The number of homes sold through the MLS® System of the Guelph and District Association of REALTORS® just missed setting a November record in 2012.

According to statistics provided by the Association, home sales numbered 224 units in November 2012. This was the second best month of November on record, standing just two sales below the record set last year.

Sales of all types of properties in the Guelph region numbered 238 units in November, down three per cent from year-ago levels.

“The story of increased monthly sales volatility that has characterized the Guelph housing market in recent months continued in November, with activity posting a big rebound from a quiet month of October,” said Matthew Bennett-Monty, President of the Guelph and District Association of REALTORS®. “While demand in September and November managed to almost match last year’s record levels, activity for the second half of the year overall is down from 2011 owing to declines in August and October.”

New residential listings numbered 294 units in November, up 23 per cent on a year-over-year basis.

Overall supply is still running below levels in most of the past six years. There were 585 active residential listings on the Association’s MLS® System at the end of November, down three per cent from a year earlier. 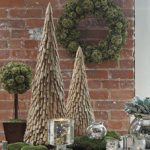