The head of one of the country’s most powerful real estate brands is calling the latest round of mortgage rule changes unnecessary, given market cooling already underway across much of the country.

“I’m disappointed with this particular set of changes,” Royal LePage CEO Phil Soper said, on the heels of last week’s announcement. “The market is clearly cooling on a national basis, and I’m concerned that what is essentially a Toronto problem is being attacked with a blunt instrument that’s going to hurt the housing market nationwide.”

He’s not alone, with growing numbers of real estate agents now offering the same concerns ahead of July 9 – the day 25-year maximum amortizations replace 30 and maximum loan-to-values on refinances fall to 80 per cent from 85.

Bank economists are now suggesting home prices will be reduced by as much as 5 per cent in the short-term, and not just in new-construction condo markets.

The fact that prices have already started to come down on their own suggests government intervention at this time was simply unnecessary, said Soper.

Signs of slower sales in the last month suggest that prices will fall on their own, he said on Friday.

The national average home price actually fell 0.3 per cent in May compared to the year-ago period, while it dipped 7.5 per cent in Vancouver.

Toronto is largely responsible for elevating that national figure, but the idea of clamping down on all borrowers across the country, just because of the country’s largest market, may be short-sighted, suggested Soper. It may also destabilize the housing market overall, caution some economists. 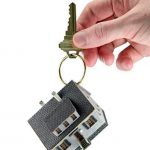 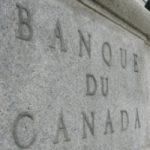