Royal LePage Survey: 3.2 million boomers in Canada considering buying a home within the next five years

The Royal LePage comprehensive survey of 2,000 boomers from coast-to-coast unveiled key trends within this powerful demographic. With over 9.1 million boomers in Canada, their real estate and purchasing decisions are far reaching.

“The boomer generation appears to have no intention of slowing down,” said Phil Soper, President and CEO, Royal LePage. “Fully vaccinated, and turning a cold shoulder to retirement, the typical member of this huge demographic is enjoying an empty nest and believes real estate is a good investment. Millions of boomers are expected to wade into the market over the next five years.”

For those looking to downsize, less home maintenance (71%) was by far the most popular reason. Other popular reasons to downsize include the ability to free up money for things like retirement (39%), travel (29%), and to help their children purchase a home (9%).

What about affordability? While boomers remain the wealthiest generation, 65 per cent did not consider their region affordable and 42 per cent said that, near or during retirement, they would consider relocating to another city. 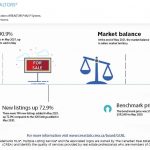 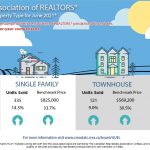