Some Good News, and Some News

2014 is already shaping up to be a good year for some, with prices and the number of existing home sales expected to increase moderately.

Now that talk of a property crash has faded somewhat, many appear to be on the ‘happy’ bandwagon when discussing real estate. This optimism has been fuelled by Bank of Canada’s announcement that it is pushing out its timeline for interest rate increases while Finance Minister Jim Flaherty confirming that he has no intention of interfering in the housing market.

According to the CMHC, the average selling price will be in line with inflation and rise by 1.9 per cent in 2014. Based on current data, they expect house prices to rise overall by four per cent in 2013.

“The housing market is very hard to predict but these numbers are relatively accurate. Obviously, every market is different, and especially when you look at the current demand for detached homes in the GTA, with buyers having and willing to pay more,” says Monika MacMillan from Bosley Real Estate.

Housing starts, the CMHC says, will remain “stable” as inventories of unabsorbed units, completed and under construction, are drawn down.

MacMillan adds that buyers are tuning out of negative media reports and taking advantage of the favourable economic conditions to snap up properties.

“There has been a lot of fear put into buyers, with many thinking twice before they take that plunge, thanks to all of the bad press. This is now changing, as are the headlines.” 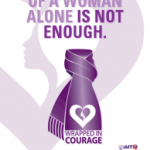