Some of Canada’s Biggest Banks Inching up Mortgage Rates

Some of Canada’s biggest banks have been inching up their mortgage rates in recent weeks, with Royal Bank being the latest to announce an increase Friday. The hike is the second in a month and will take effect next week.

The bank said it is boosting some of its special discounted fixed-rate mortgages, effective next Tuesday.

The vast majority of first-time homeowners go with fixed-rate mortgages, and five years is the most popular term.

The hikes are small in percentage terms, but they add up over time. Under Royal Bank’s old five-year rate, a $300,000 25-year mortgage would cost $1,496.23 a month. That same mortgage will cost $32 more per payment to finance starting next week, which will add up to more than $9,500 over the life of the mortgage.

The bank has already moved once this month to raise a few of its fixed-rates mortgages in reaction to suddenly higher borrowing costs on the bond market, which is where the bank finances most of its fixed-rate mortgages. 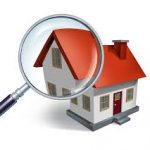 Why You Should Never Skip a Home InspectionReal Estate Market News 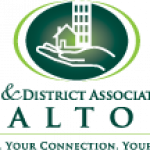