Don’t look now but Sunday morning is the start of Daylight Savings Time.

The practice, when time springs forward at 2 a.m. Sunday, occurs the second Sunday in March. This is also a recommended time to change the batteries in your smoke detectors and carbon monoxide detectors in your home.

Previously, Canada had observed Daylight Saving Time from the first Sunday in April until the last Sunday in October.

However, through legislation passed in 2006, Daylight Saving Time now begins three weeks earlier, on the second Sunday in March, ending on the first Sunday in November.

Some areas of Canada not using Daylight Saving Time include, Fort St. John, Charlie Lake, Taylor and Dawson Creek in British Columbia, Creston in the East Kootenays, and most of Saskatchewan (except Denare Beach and Creighton).

Other places that do not participate in DST are Arizona and Hawaii — along with the U.S. territories of Puerto Rico and the Virgin Islands. 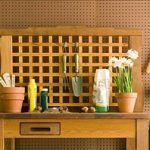