Average U.S. rates on fixed mortgages declined this week after two weeks of increases, keeping home-buying affordable. Mortgage buyer Freddie Mac said Thursday that the average rate on the 30-year loan fell to 4.22 percent from to 4.35 percent last week. The average on the 15-year fixed mortgage dipped to 3.27 percent from 3.35 percent.

Mortgage rates had spiked over the summer and reached a two-year high in July on speculation that the Federal Reserve would slow its bond purchases later this year. But the Fed held off in September and now appears poised to wait at least a few more months to see how the economy performs. The bond purchases are intended to keep long-term interest rates low.

Mortgage rates tend to follow the yield on the 10-year Treasury note. They have stabilized since September and remain low by historical standards. Still, mortgage rates are nearly a full percentage point higher than in the spring. The uptick has contributed to a slowdown in home sales. The National Association of Realtors said sales of existing homes fell 3.2 percent in October, the second straight monthly decline.

To calculate average mortgage rates, Freddie Mac surveys lenders across the country on Monday through Wednesday each week. The average doesn’t include extra fees, known as points, which most borrowers must pay to get the lowest rates. One point equals 1 percent of the loan amount. 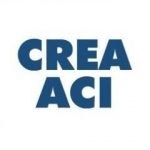 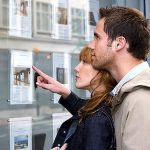