I was listening to a New York Times podcast on how inflation can be a self-perpetuating prophecy. The main tool that the Bank of Canada (B of C) has in managing inflation is by increasing the overnight rate; however, what they don’t want to create is hysteria that inflation is going to be a long-term on-going issue. Many of the economic indicators assume we’re just in a hot spot right now.

The unexpected 1% increase in the overnight lending rate in June was a surprise increase by the B of C; and we’ll likely see another increase in September. However, the very important five-year bond yield which drives fixed mortgage pricing is lower today than when the B of C made its announcement. We’re actually seeing lower five-year fixed rates.

As reported in Ben Rabidoux’s regular Edge Analytics reports (edgeanalytics.ca) for those looking for inflation to ease consider these points:

The B of C will be increasing rates until people feared a recession more than they feared inflation. And with the massive decline in consumer confidence, it looks like they are accomplishing their mission.

Nonetheless, there are some interesting opportunities that are coming up in both real estate and mortgage lending. Here are some ideas for you…

MORTGAGE RENEWALS in the next six months: don’t wait

We’ve seen a slight relief in 5-year fixed rates as the Government of Canada benchmark bond yield is down (reminder – bond market impacts fixed rate mortgages). We can secure a fixed rate for you today and either hold it for 120 days or look at early renewing the mortgage. Lenders will allow you to capitalize up to $3000 of penalties and discharge fees into the mortgage for early renewals.

While the most drastic declines on home values will happen in large urban centres like Toronto and Vancouver, we’re seeing opportunities for first time buyers to purchase in Guelph and the surrounding area.

Many first-time buyers who thought they’d never get into the housing market; now have the opportunity to purchase. We’re recommending that if you have good credit; employment and a decent down payment now it a good time to purchase. We’ll likely see prices increase as people get used to higher interest rates. Unemployment is at an all-time low so when people are working, they’re buying homes.

Graphic Image Header: With the B of C rate increase shocker, variable rate mortgages increased by 1%, while the bond market reacted differently and we’re seeing a downward trend on 5-year fixed rate mortgage. 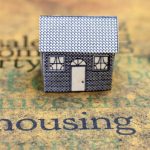